The club’s history dates back to at least 1907. A Ballycastle football team participated in local soccer and was the guardian of an impressive trophy presented by the Ballycastle Coal Mining Co. This trophy is held by Moyle District Council for safe keeping.

The date on the trophy is the first evidence that a club existed at that time; this club remained active until the outbreak of the first world war in 1914. After the war things were slow to start and it is not until 1931 that we have further evidence of a cup winning team. We also know that the club continued in soccer until the outbreak of the second world war when again most social activities ceased. After the war and up until the sixties while matches were organised within the area a club as such did not exist.

Undoubtedly United’s most successful period came in the 1990s when the club triumphed in no less than 5 cup competitions.

Along with the Canada Trophy, United also claimed the Crawford Cup in 1996/97 and the much coveted O’Gorman Cup completing a cup double in the 1997/98 season. 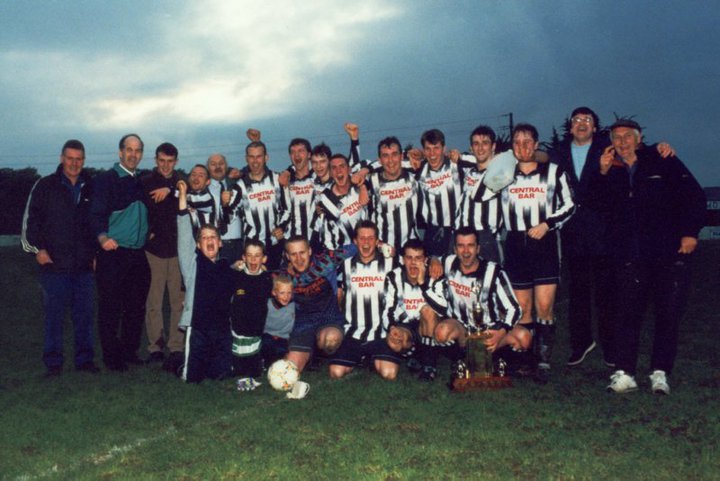