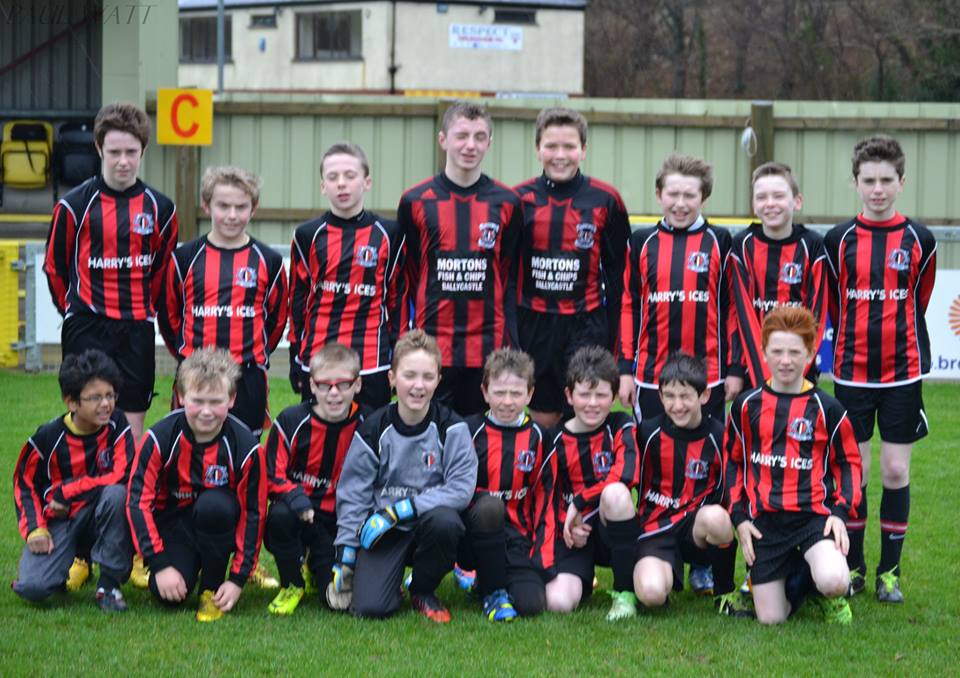 What a season it has been so far for the Ballycastle United Academy; from u15 right down to u6 the teams have surpassed expectations.

The club entered competitive teams at both u15 and u13 levels in the North West Coleraine & District Leagues with the hope that the teams could get some experience in order to become competitive in future years.

However, the hard work put in by all the coaches, players and parents involved with the teams has paid dividends, and the teams are not not only competing at this level, but also stringing together some incredibly impressive wins. Both teams have taken some big scalps since the league started and continue to impress with their hard working ethos and quality football.

Even without kicking another ball, the season is already a success for both teams and is a credit to the hard work put in by everyone involved.

Not to be outdone by the u13s & u15s, the mini soccer coaches have been hard at work since the summer to enable as many kids as possible to playing and learn soccer in a fun environment. The mini soccer has grown incredibly since the summer and is now a victim of its own success by having just about as many kids as the coaches can handle. We are always on the lookout for additional coaches and helpers so please contact us if you would like to help out.

The list of those responsible for the huge effort in making the academy a success if a very long one; it is only through a team effort of parents, players, coaches, helpers, committee, sponsors, supporters etc, can such success be achieved. In the new year the club will continue to consolidate the success since the summer and continue to place its community ethos at the heart of everything it does.