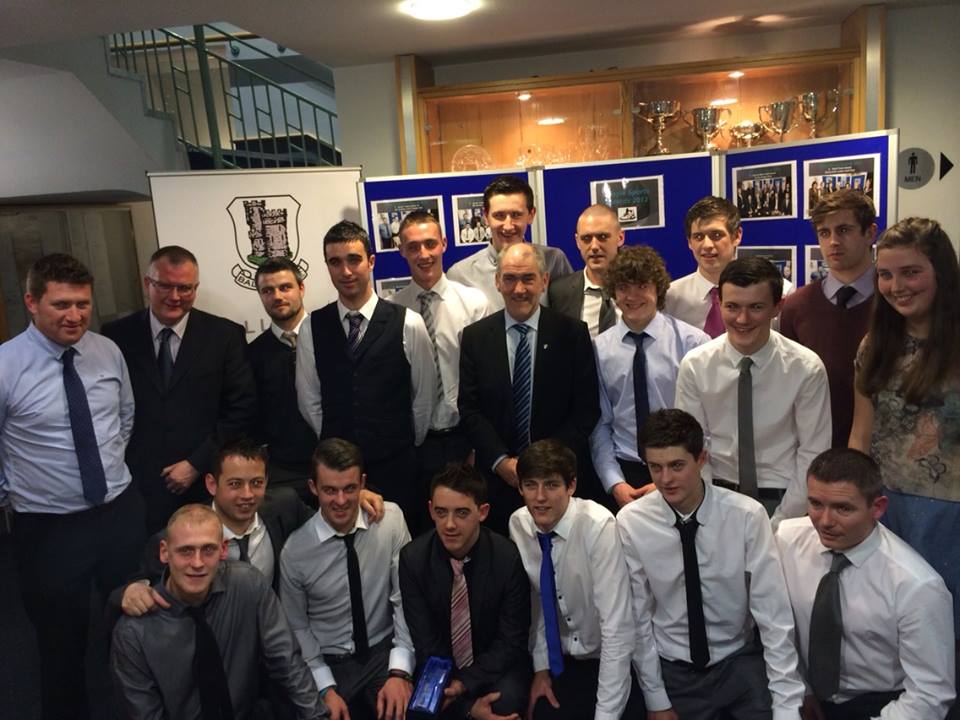 At the awards, presented by Tyrone GAA legend Mickey Harte, the club picked up an award for ‘Team of the Year’ and chairman Billy Watson picked up an award for ‘Contribution To Sport’. The team award was presented to the past and current senior team managers Lee Watterson and Daniel Mooney, while the ‘contribution to sport’ award was received by an emotional Billy Watson.

It was a great night for the entire club, who turned out in great numbers, suited and booted, and thoroughly enjoyed their evening.

The awards did not stop there though with goal-scoring talisman, Saul McCaughan also picking up a well deserved award for ‘Young Sportsman of the Year’.

Many thanks to MDC for the event, the golf club for the venue and catering, and to all the speakers who kept us entertained on the night.