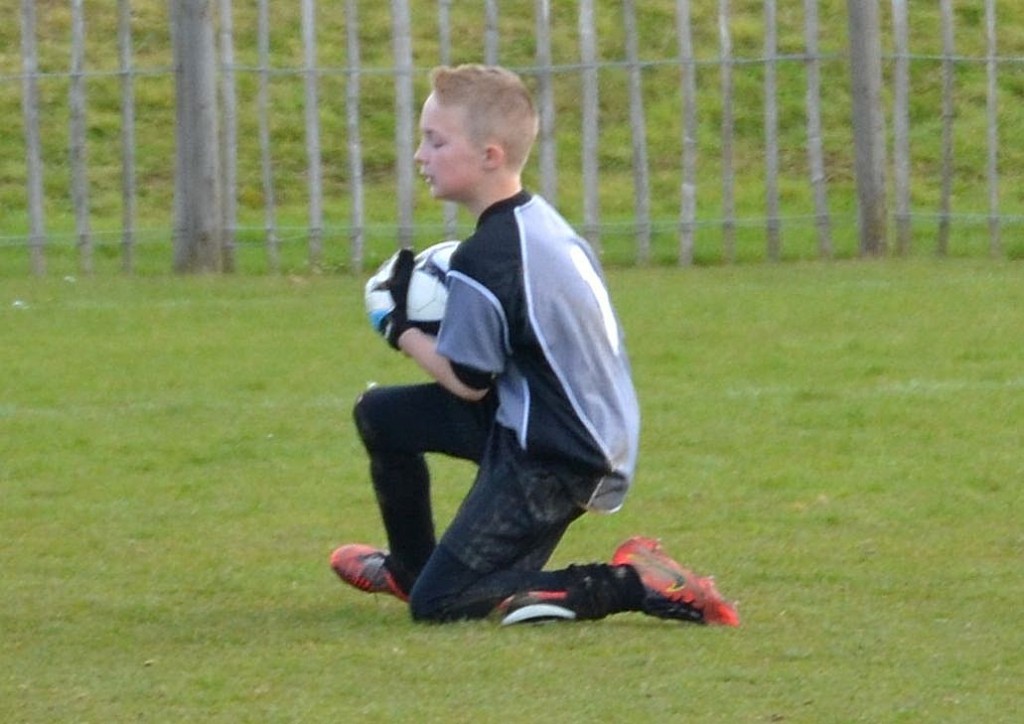 Ballycastle United under 13 team went down against a top Ballymoney side on Saturday.  Ballycastle have been in contention with all the top sides in the North West & Coleraine District Youth League which started in September.

Ballycastle started slowly against a strong Ballymoney team who were looking for the win to finish second in the league. Ballycastle had already achieved their goal in the league which allowed them to rest a number of players for their upcoming cup final.  With a panel of over 35 contenders for first team consideration Ballycastle gave an opportunity for a number of lads, who have been very patient with management at the club, to take on Ballymoney.

Ballycastle however went two goals down early on with some tidy play from a well oiled Ballymoney side. Keeper Eoin Maybin could do nothing for the first couple of goals but pulled off some great saves to keep the lads in contention later in the game. Ballycastle did had a number of chances in the first half with Oscar Egan coming close a couple of times, but it was Ballymoney who finished the half with a couple more goals.

With nothing to play for but pride the Ballycastle lads went out in the second half with a never say die attitude. They played some great football at times with outstanding performances coming from Patrick McSorley (man of the match), Gary Maybin and Captain Eoin Magee. Everyone in the Ballycastle team could hold there heads high with a great second half of football.  From the back line through to attack everyone put in 100%.  Strong performances from Sean Brogan, Odhran Wright, Dylan McMullan and Sean Madden kept Ballymoney from adding to there score line. With good workrate from midfield players, Jack Price, Aaron Faloona, Ciaran McNally, Dylan O’Donnell and Callum Campbell the lads covered every inch of the pitch. Ballycastle’s front line kept pushing for the goals they needed with Ryan Watt and Tom McCollum giving everything they had.

When the final whistle blew both teams were congratulated for their effort.  Many thanks are now extended, by the management at Ballycastle, to all the parents who have helped out throughout the season with driving, taking photographs, assisting with training and being so patient with regard to team selection.

Ballycastle Under 13 team went down against a very strong Ballymoney side this Saturday.  Their next match is the final of the Coleraine and District Youth League against Dungiven on Wednesday 8th May at 7:45pm.  They will hopefully be bolstered by the return of their rested players this week which will aid team selection based on attitude, attendance and ability.