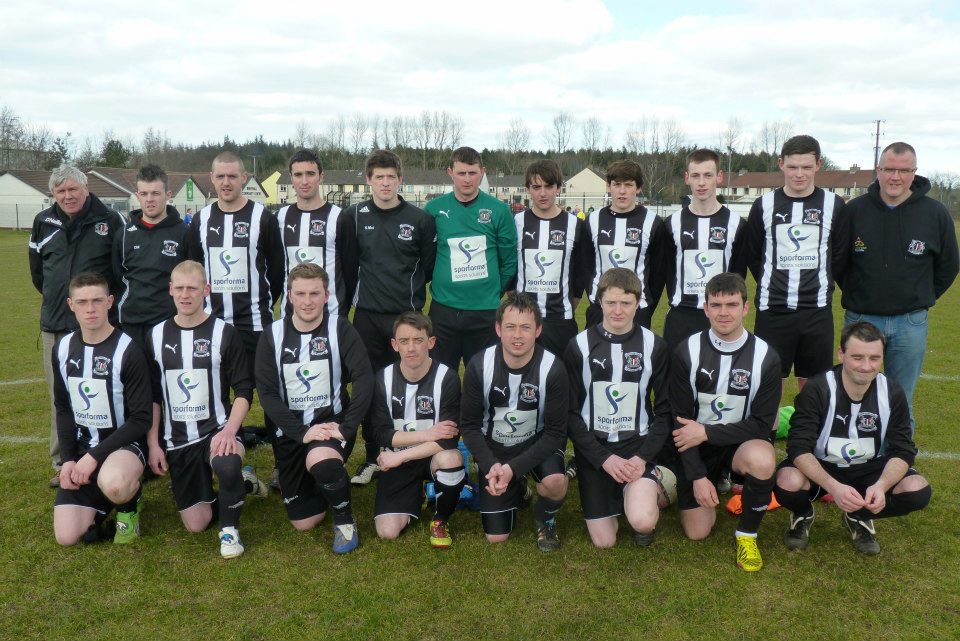 Ballycastle United go through to the Steele & Sons shield Final with a well deserved win against a resilient Portrush.

A fantastic win in semi final match today at Windy Hall. Saul McCaughan opened the scoring in the 10th minute when he shot low to the net. Sean Kelly had harassed the defence and managed to cross in low for Saul to finish. Sean and Saul were on form again to put Ballycastle 2-0 with Sean winning the ball over on the right and his cross found Saul who finished well. Portrush upped their game and Ballycastle had to withstand some pressure with Donal McCloy in fine form in nets and getting his fingertips to a wonderful shot in the 22nd minute and tipping the ball over the bar. Portrush pulled a goal back two minutes later with a strong header from a corner. It was all Portrush after this but Ballycastle defended well and were happy with 2-1 at half time. Ballycastle gained control of the game in the second half and went ahead when Saul got his hat-trick midway through the half when he beat the keeper to a through ball and headed the ball over the line. Portrush had a few chances but stout defending and a hard working midfield prevented more goals. All the boys should be proud of themselves after the display today as they did themselves and the club proud.

Huge team/squad/club effort today at semi final. Every player played out of their skin to show real character heart and desire to go grab a well deserved final spot in steele and sons shield. Effort was tremendous. Abs dielighted for every player and everyone connected to bufc senior squad. Over the moon. Thank you.

The final will be against Kilrea FC, should be a cracking final.