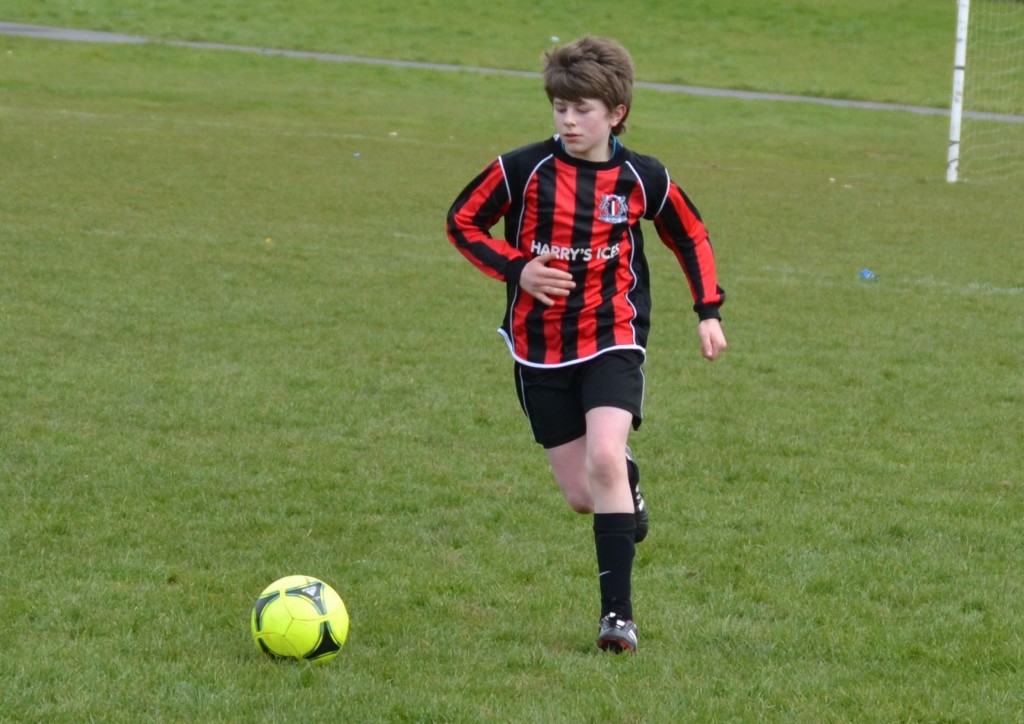 Ballycastle have been in contention with all the top sides in the North West & Coleraine District Youth League, which started in September, winning two games, drawing once and running other teams very close.

Coleraine were at home and fielded a very physical under 13 side whilst Ballycastle had to, yet again, select a very young side including two P7 boys to make up the team.

Ballycastle quickly went two goals down straight from the start of the match.  However Ballycastle then had most of the possession in the latter part of the first half and scored twice with excellent strikes from Ballycastle ace Connor McBride. These fantastic goals were the result of some great passing football by the Ballycastle players combined with the individual brilliance of McBride’s deadly finishing. The Ballycastle lads’ spirits were up as they received their half time team talk and positive words from Ballycastle management sent the team back after half time looking for victory.

However it was Coleraine who once again made the better start after the break and scored another two goals as Ballycastle attempted to dig deep and display a positive attitude at this stage of the match.  This battling spirit paid off as a great late goal from Eoin Magee ensured the match reached an exciting climax in the last two minutes of play.

Despite Ballycastle pressing forward Coleraine hung on to win by four goals to three and both teams received praise from all the supporters as they left the pitch for the thrilling game they provided. Ballycastle ‘man of the match’ was once again Aaron Laverty who put in a fantastic defensive performance together with Sean Madden, Oduran Wright and Sean Brogan.  Other outstanding performances included the late contribution of Ryan Watt as substitute who together with other very young players such as Dylan Hill which ensures that the prospects for this ever growing Ballycastle club seem bright.

Once again there were numerous other good performances from promising players on this newly formed Ballycastle side and it was encouraging to hear praise from the referee after the game as he was very impressed by the Ballycastle boy’s attitude.  Very strong midfield performances from Jack Price, Gary Maybin and others supported the Ballycastle attacking players including captain, for the day, Callum Campbell and they were all to be commended for their efforts. Ballycastle Under 13 team went down against a very mature Coleraine side this Saturday.

Their next league match is at home against next Saturday against a team to be arranged.