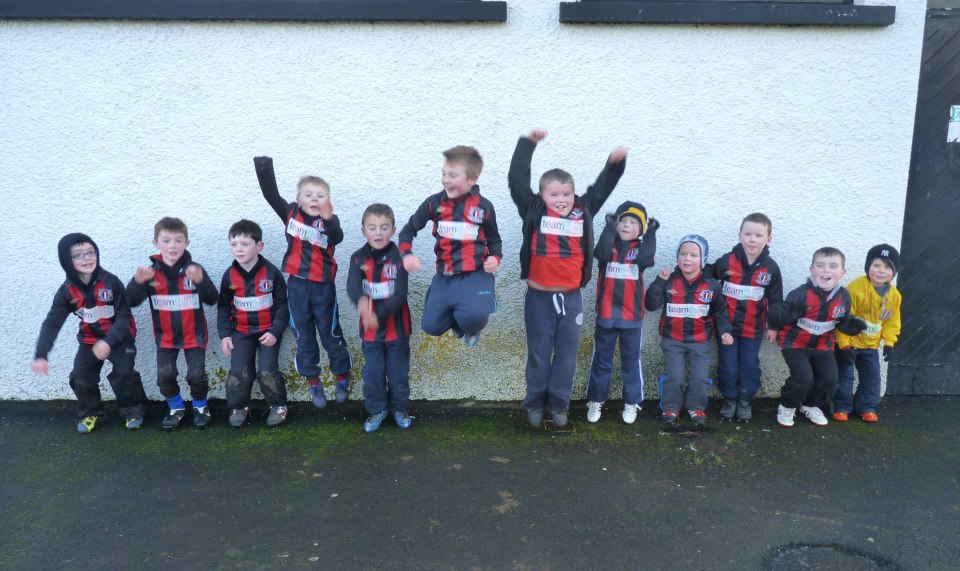 Ballycastle United FC have only just started the U8 section of the academy this year but already it has snowballed into a great success.

What started as a 2005 only section has grown into a 2005, 2006 and 2007 section due to the popularity of the training sessions every Tuesday and Sunday.

The coaches, Conor Woods, Eimhear Fitzpatrick and Roisin Dooley Nelis, are genuinely proud and impressed at the progress made by all the players throughout the year. The training sessions have been fun and a learning experience for both the kids and the coaches.

One particular highlight over the year was the 6 week mini league that the kids took part in during September and October. Once the kids got used to the 5-a-side format they started competing and winning against established teams like Ballymoney and Coleraine FC. The mini league has highlighted that there is a very bright future for the club; there is a depth of talented players who are eager to learn and better themselves in the new year.

The mini league also allowed some of the younger 2006’s to show what they are made of and they did not disappoint. They proved themselves more than capable of holding their own against older opponents and their experiences will stand them in good stead when they take part in 2006 specific tournaments in the new year.

The sessions have now ended for Christmas but will start again early in the new year.