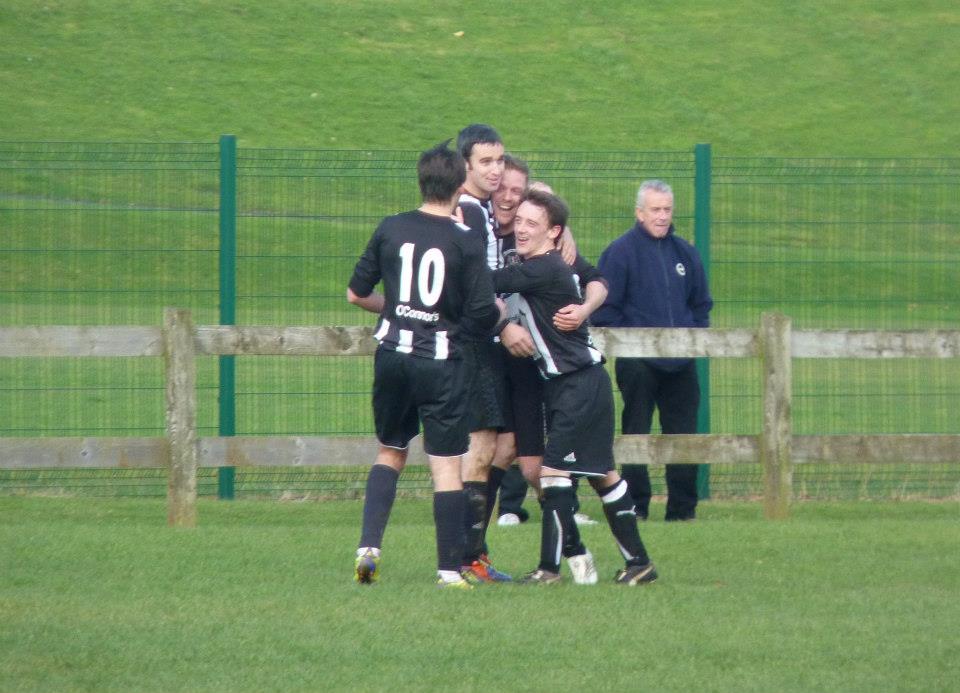 This was a closely contested cup clash with both sides having chances to score in the first half and it was hard for the supporters for both teams to see why there were no goals such were the clear cut chances.

This changed in the second half when Ballycastle began the scoring through the excellent Conleth McCaughan who kept the ball close to his feet before turning and placing a fantastic curling shot beyond the reaches of the stretching keeper.Within three minutes it was two nil when Stephen McAfee, who marauded up the pitch the whole game, found himself on the end of a defensive mix up and tapped in following a long ball from Stephen McIlroy in the Ballycastle goals. He obviously has been watching Skell closely as this goal was a carbon copy of Skell’s two weeks ago.Darren McHenry scored two goals in quick succession showing great pace and agility to round the keeper on both occasions and then shoot low into the net.

It was five nil when Shane Kelly scored with minutes remaining and continuing to show his goalscoring form and versatility with three goals in the last three games.