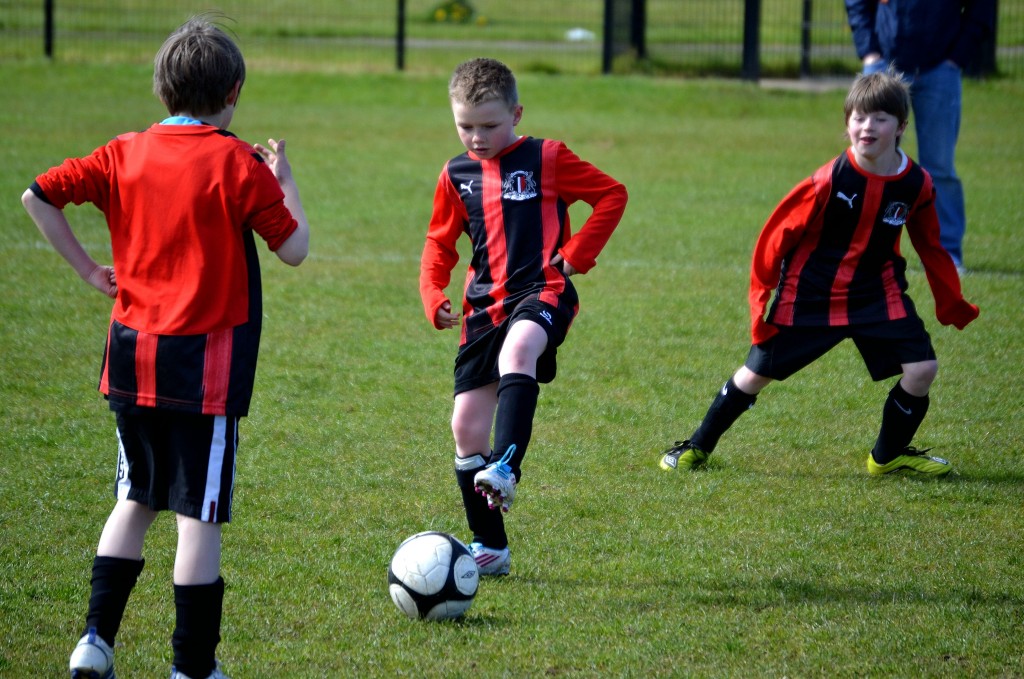 Ballycastle United Football Academy U9s played Portrush U9s on Saturday in a friendly fixture in Coleraine which proved to be an exciting game and bodes well for the Academy’s future.

The Academy U9s has been brought togther from various Academy teams (U8s, U9s, U10s) and this was their first opportunity to play together as an U9s team and play they did.

The Academy came out the second half playing much the same as the first, playing some lovely pass andf move foortball which was very impressive considering the age of the young people. Their work was rewarded with an equaliser courtesy of Tiagh Donnely.

The Academy continued to press and play weel deserving two more strikes from Tiagh and Conal McGee, 3 – 1 to the Academy. Portrush rallied getting a goal back before the Academy finished the match with a strike from Criostai McCauley, the Academy winning the game 4 – 2.

The man of the match award goes to the entire team who played excellent football and were a credit to the club in their application, discipline, desire and focus.

If anyone would like a hard copy of any of the images, please contact [email protected] within 7 days.