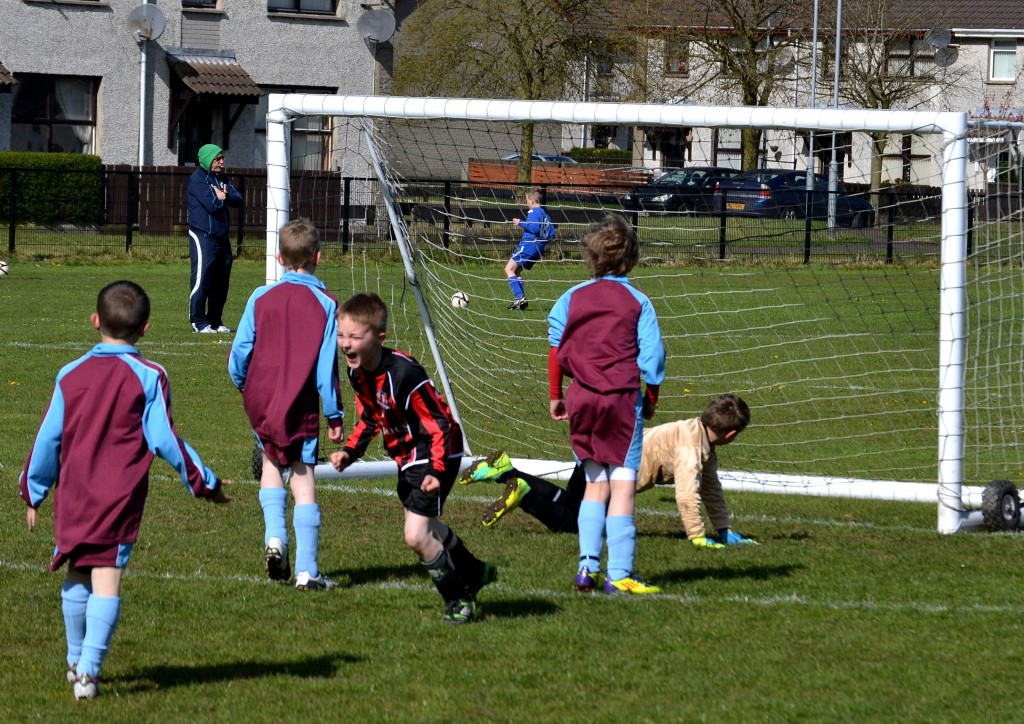 Institute came out of the traps fast and furious in this match, scoring in the first two minutes from a cross. They scored soon after with a cracker of a goal a few yards out of the penalty area. The Academy lads were clearly not as switched on as the Institute boys who frankly played some great football which the Academy boys struggled to match.

Despite this, the ‘Castle team played with spirit and did have their chances in the first half with a number of corners and free kicks, putting Institute under some pressure but not finding the final touch to score. The very tall Institute keeper did however play a fantastic game pulling some marvellous saves.

Institute were given a throw in, yards form the corner flag, and with some quick thinking and great ball control form the receiving Institute player, turned and scored the Institutes third, three nil to the Institute.

As mentioned above, the Acedmy didn’t lie down and two great efforts from Aaron Faloona were denied by the Institute keeper. Academy pressure did pay off however with a rare Institute mix up causing an own goal, half time score, three one to the Institute.

Second half was almost a carbon copy of the first, the Institute putting The Academy lads under pressure right for the start, scoring again early on from a corner, 4 – 1.

Feargal McKiernan, Academy goalkeeper took a bad knock on his hand with some brave keeping but showing great courage and commitment, shook it off and continued playing.

A great solo run from Eoin Maybin and a great finsih put the ‘Castle team back in it at 4 – 2 but a mix up in the Academy’s defence soon after rewarded Institute with a goal, 5 – 2.

The Institute were clearly enjoying their day and finished it with another goal shortly before the final whistle, final score, 6 – 2.

Man of the match for the Academy, Eoin Maybin.