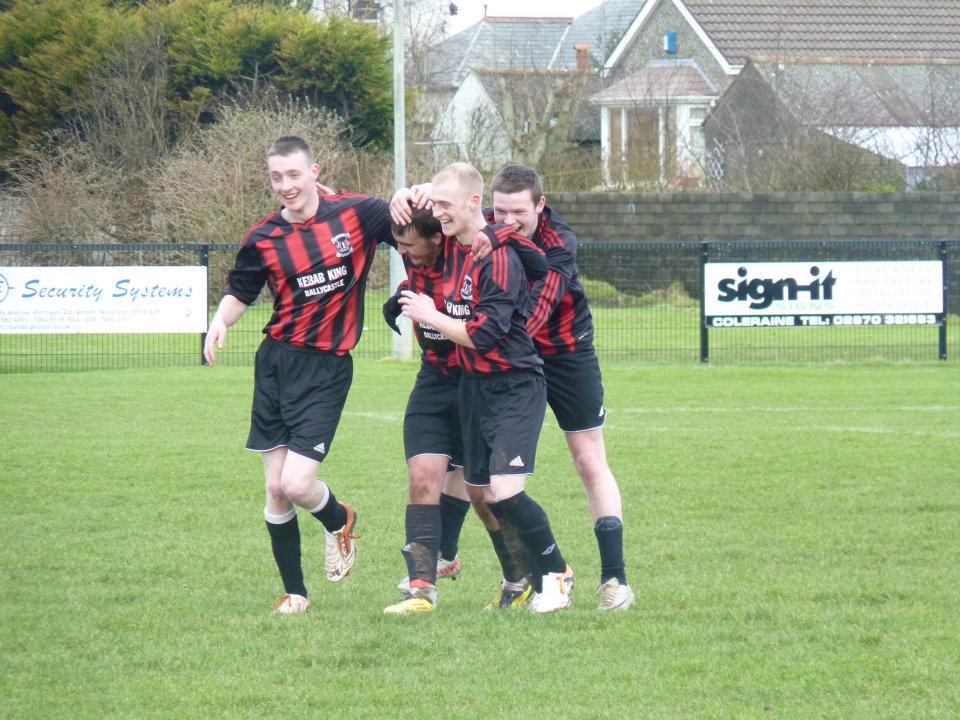 A draw yesterday for the senior team against Portrush reserves.

We never really got going yesterday with poor touches throughout the game. We went ahead just before half time through Barry Connor before Portrush found the net twice in the second half. Young skelly found with net with two minutes to go. NeNe pulled off some great saves to keep us in the game and skelly had a goal line clearance. It was good to see the young boys playing so well – Mark will remember his run out after his clash with the keeper. A big improvement is needed for next week.